85 yo M polytrauma from a high-speed MVC. Now recovering in the ICU, still intubated, but over the last few days has had worsening oliguric AKI and is now on 10mcg/min of NE. The POCUS team was asked to perform a “volume status” assessment. This is one of the most common requests we get. Below is a representative look at a typical set of images we try to acquire to help answer the million-dollar question of whether a patient would benefit from fluids. Have a look at the images below (which, be forewarned, are quite Doppler heavy) and see what you think! 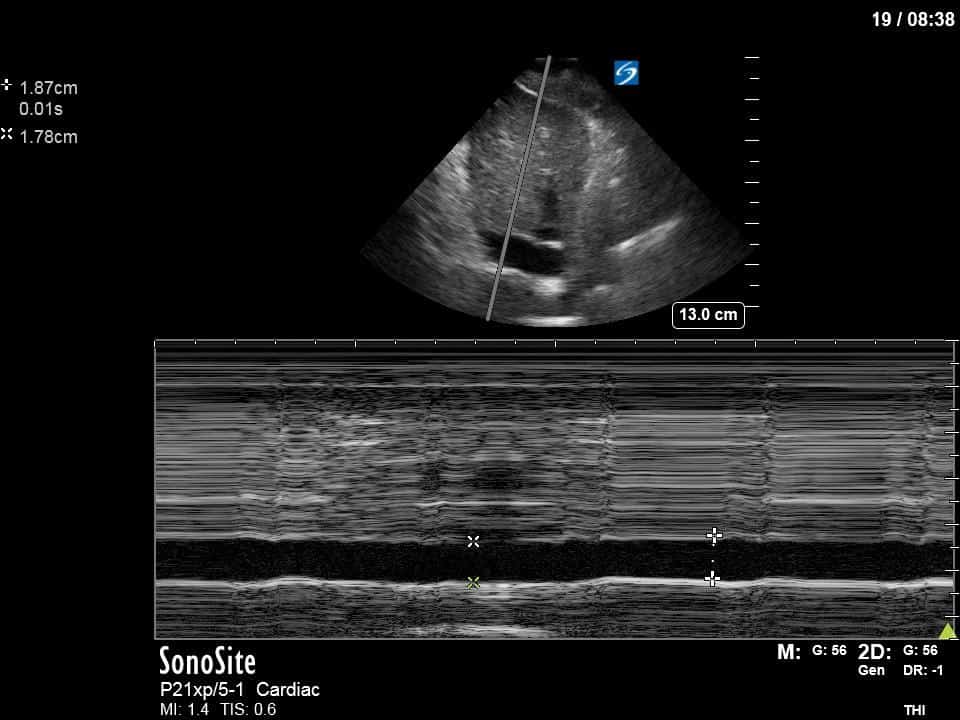 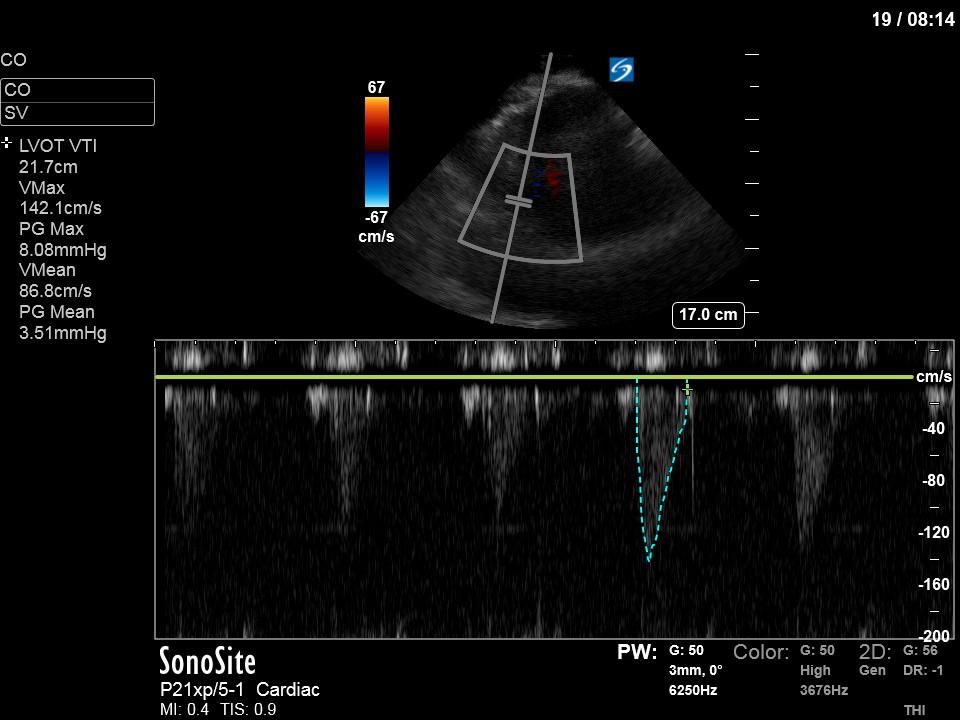 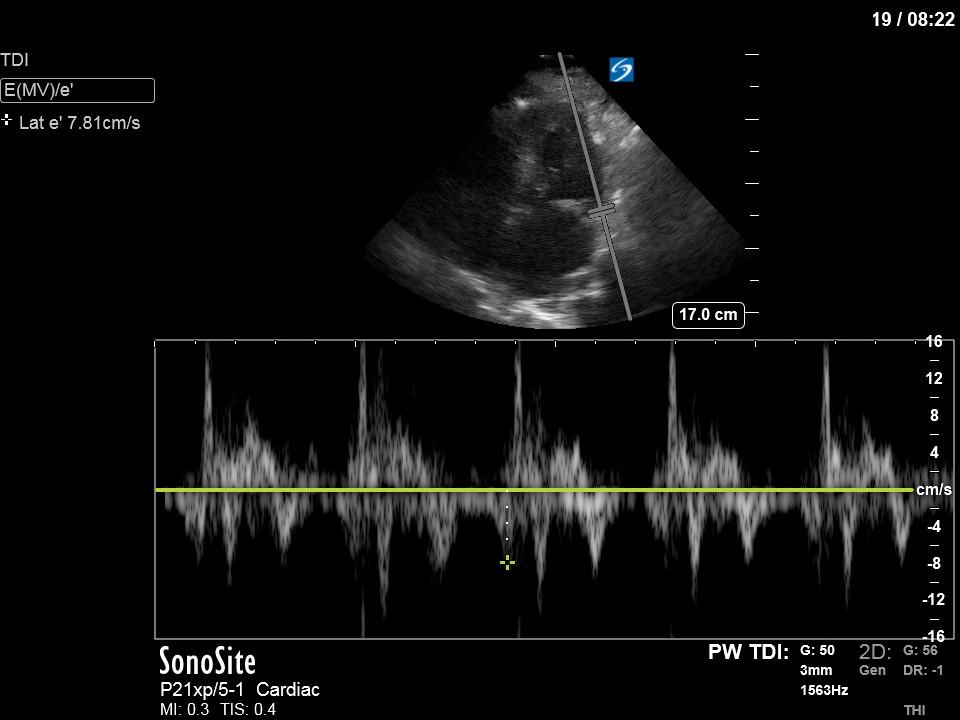 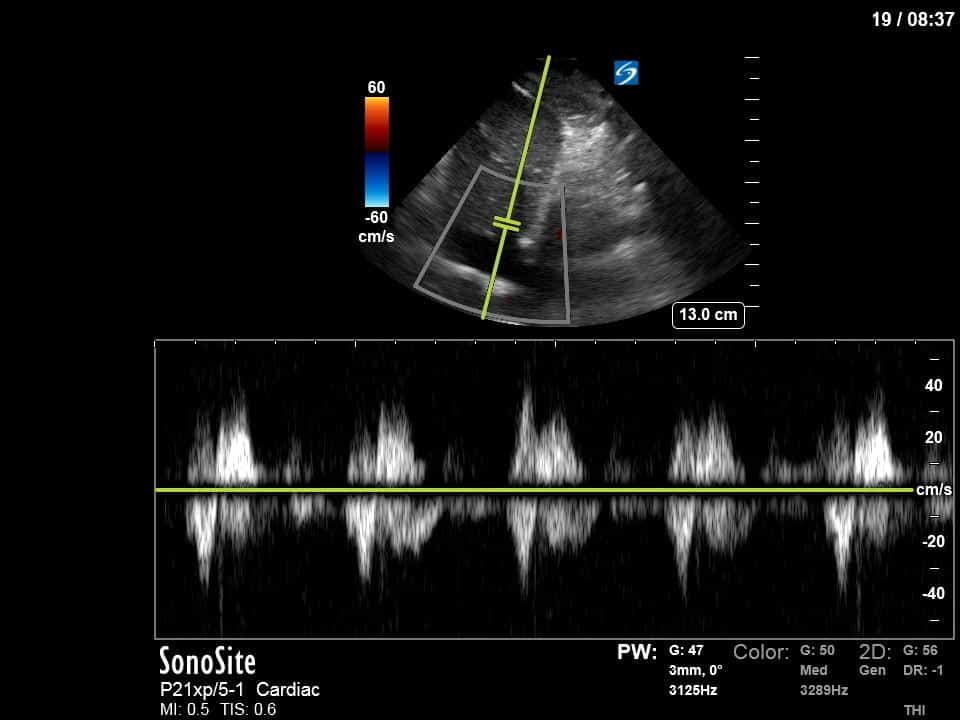 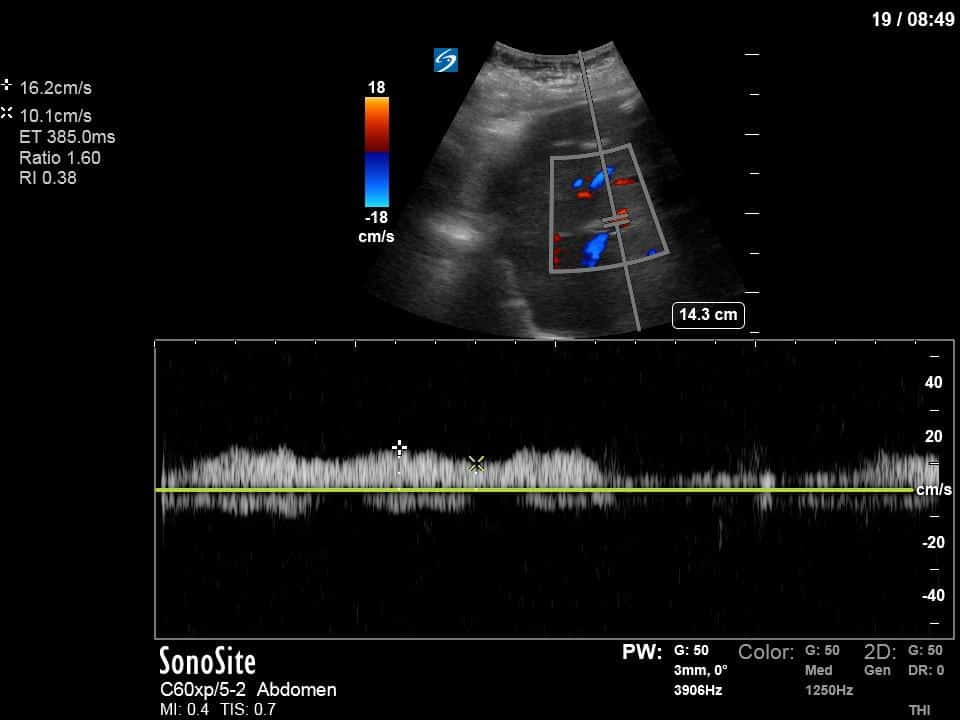 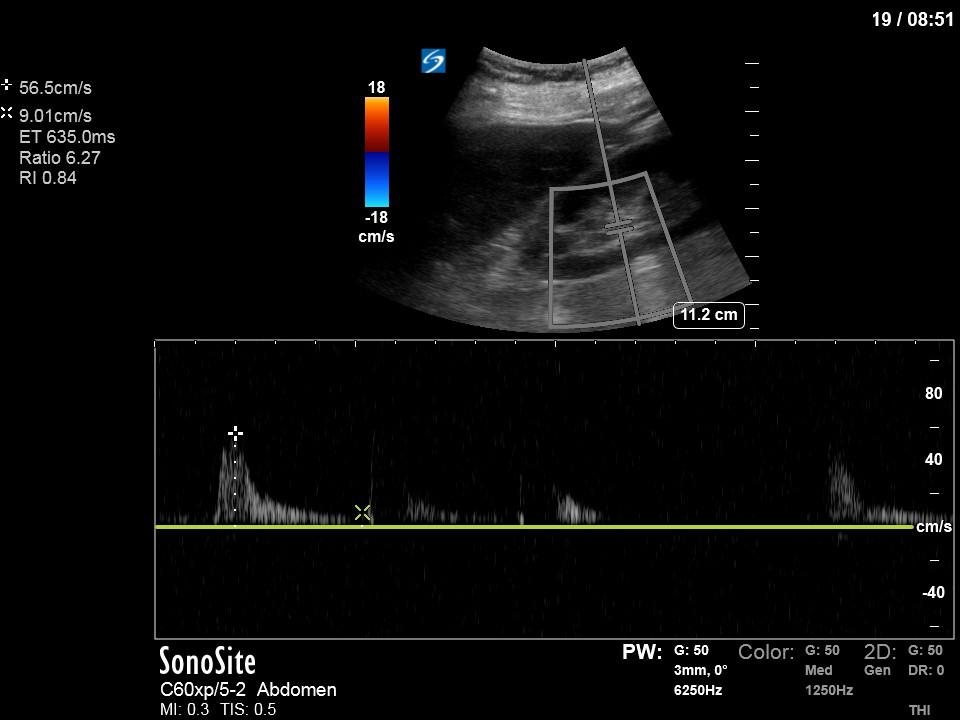 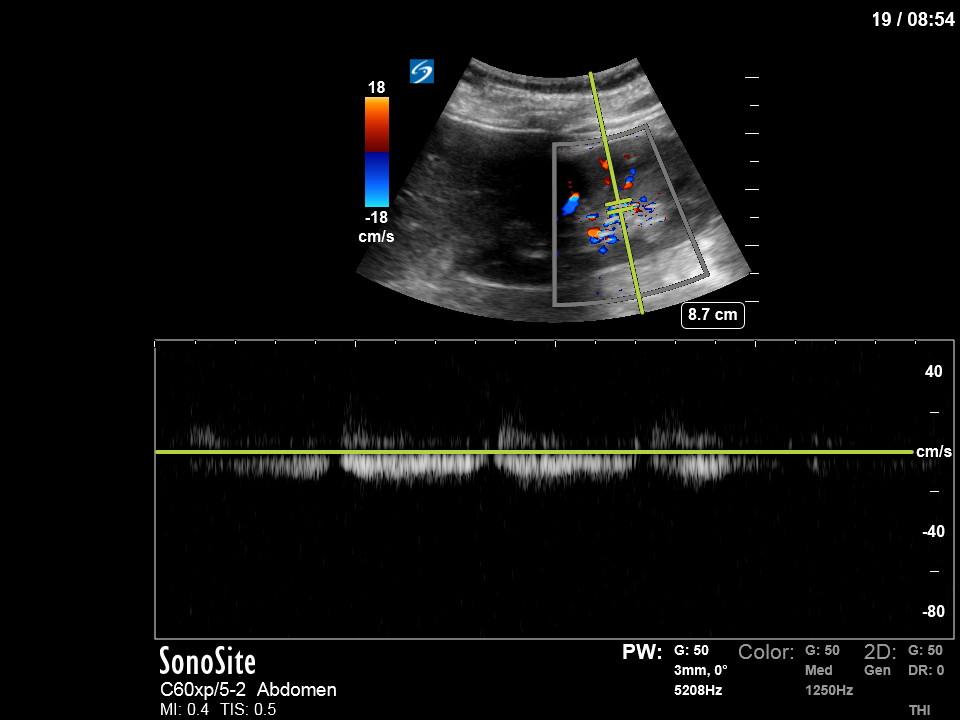 As you can see, we’ve moved beyond single measurements to determine “fluid responsiveness.” Rather, we try to deploy a whole-body approach looking at the lungs, heart and intraabdominal organs (in conjunction with integration into clinical context) to help decide whether a patient might benefit from further fluid resuscitation, diuresis or maintenance of euvolemia.

Next from a cardiac perspective, we can see a LV that has relatively normal systolic function with a normal estimated cardiac output (on 10mcg/min of NE). The LV however was quite thickened, and with an associated dilated left atrium. These 2D findings point towards diastolic dysfunction which we can further interrogate with Doppler US. Assessment of diastolic dysfunction is definitely on the more advanced side of critical care echo but there is a nice paper that I’ve attached below that summarizes an approach for the intensivist. Here, the mitral inflow pattern shows A>E, and the TDI of the lateral mitral valve annulus is low at 7.8cm/s (<10 is abnormal). The ratio of the E wave velocity to the e’ velocity can be used to estimate the LAP. Values > 14 are considered abnormal. Here the E/e’ is 11 which is borderline. Overall, this is consistent with grade I diastolic dysfunction without definite evidence of increased LAP.

Furthermore, the RV appears dilated, but with relatively normal systolic function and the interventricular septum appears normal with no paradoxical motion or septal bounce.

Finally, we interrogated the intraabdominal organs. Katie Wiskar has put together another amazing screencast (should be published on WesternSono in the next week or two) detailing the techniques and evidence to date for this.  Stayed tuned for this for more of an explanation than is provided here. We can see an IVC without much respiratory variation (although only measured in long axis in this case). The hepatic vein has normal morphology (antegrade flow S>D) and the portal vein doppler is continuous without pulsatility. However, the renal doppler show an abnormal renal resistive index of 0.84 (>0.7 is abnormal) and pulsatile renal venous flow (also abnormal).

Putting this all together this patient has multiple markers of potential fluid intolerance. However, her LAP is not acutely elevated, she has dry lungs, and her organ doppler assessment is normal other than her abnormal renal doppler. An abnormal renal doppler assessment in this case (given no other markers of venous congestion) was likely secondary to intrinsic renal pathology such as acute tubular necrosis.  Clinically, she had a positive overall fluid balance, and had no significant peripheral edema.  Thus, overall, we thought that there was no evidence of venous congestion as the culprit of her AKI and that it would not be unreasonable to give a judicious trial of fluids, but that care should be taken to not allow the patient to become too positive in light of her markers of fluid intolerance. We also cautioned against liberal fluid use as preload augmentation would likely be of limited benefit given her already normal estimated cardiac output.

There is a lot more that could be expanded on and explained further, and this is definitely on the very advanced side of critical care ultrasound. But this is meant to give the flavour for the detail and whole-body approach we have been taking at Western when approaching the very common question of whether to give fluids or not. Finally, what could have also been done, is a dynamic test (such as a passive leg raise, coupled with serial measurement of the LVOT VTI) to see if the patient was indeed fluid responsive. The absence of a 10% change in VTI would argue against fluid responsiveness and that fluid would be likely of no benefit.  A > 10% positive change would represent a normal physiologic state and we would use that in conjunction with all of the other parameters described above to decide whether fluids should be given.

Covid19: Induction materials for docs redeployed to EM.
Please share with anyone redeploying to EM for the first time or after a gap in service. #FOAMed
@stemlyns https://www.stemlynsblog.org/covid19-induction-materials-for-docs-redeployed-to-em-st-emlyns/

Many questions recently about #medmal liability in the era of #COVID19. Plaintiff's attorneys are already advertising to solicit cases -- while we are risking our own lives and the health of our families. What should you know? 1/ https://thelword.podbean.com/e/special-episode-litigation-risk-and-covid-19/