This is a 58yo F with ESRD with a history of known infective endocarditis of her AV for which she had previously completed a prolonged course of IV antibiotics. She was admitted to the ICU for worsening dyspnea. The POCUS team performed cardiac exam with some of the most striking clips shown below. What do you think? What complication of her endocarditis is shown and how would you grade its severity? 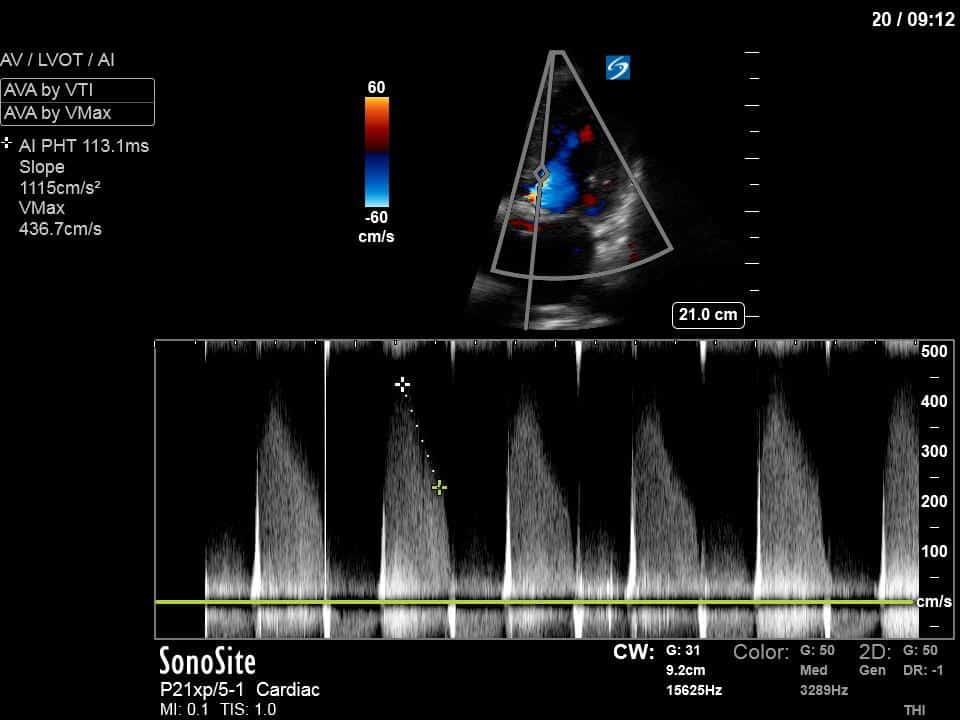 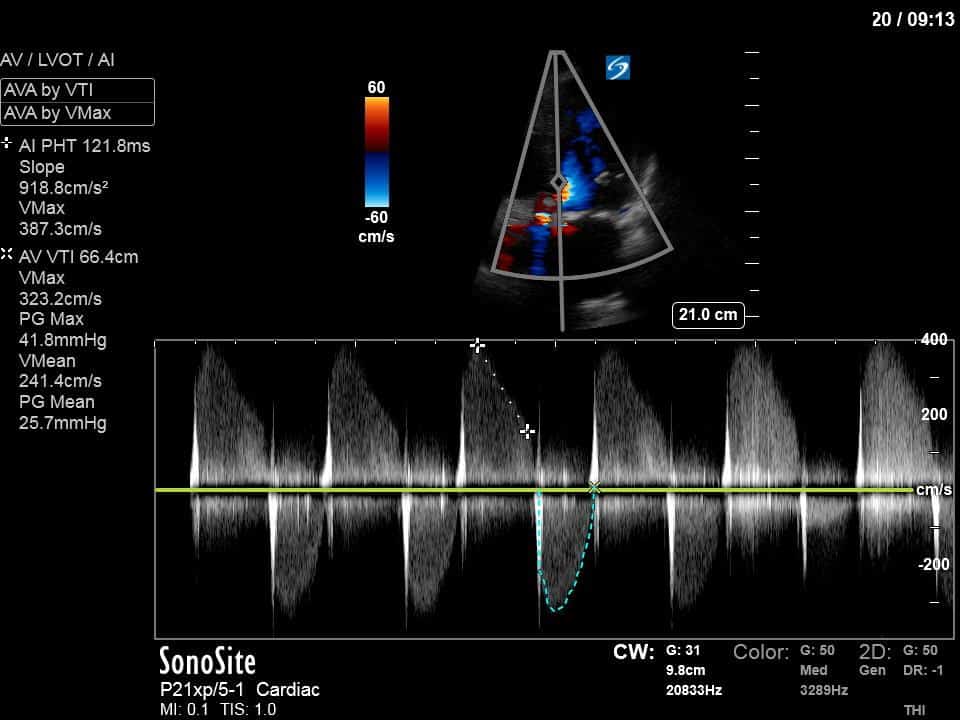 First, you can see at least a single large hyperechoic lesion primarily localized to the left coronary cusp of the aortic valve. This is consistent with her known infective endocarditis. However, now you can also see significant flail of that cusp. With just the 2D images you would expect severe aortic regurgitation (AR). It’s always a good practice to predict what the regurgitation jet will look like before putting colour doppler on the valve! Application of colour doppler then confirms an extremely large anteriorly directed AR jet.

From both the 2D morphology and function of the valve, and from the qualitative interpretation of the AR colour jet, we can appreciate that this is severe AR. One of the easier ways to then more quantitatively grade the severity is the measurement of the pressure half-time (PHT) which is demonstrated.  The more rapidly the flow velocities of the AR slow the faster the pressure equalization between the aorta and the LV which is indicative of the severity of the AR. A PHT of < 200ms is consistent with severe AR, between 200-500ms moderate and > 500ms is mild. In this case the PHT of 113ms is concordant with our qualitative assessment of classifying this as severe AR. The subsequent spectral tracing also includes the flow out of the AV and shows increased velocities showing that the lesion is also causing aortic stenosis (AS). When we trace the spectral envelope, we get a Vmax of 3.2m/s, and a mean gradient of 26mmHg. This is consistent with at least moderate AS as well!

Thus, this patient developed severe AR (and moderate AS) as a complication of her infective endocarditis. This is likely the basis of her worsening dyspnea and meets indications for urgent intervention with cardiac surgery.

The hallmark of #COVID19 has been flexibility

First draft of a PROPOSED pathway for identify 'happy hypoxic' #COVID19 patients at triage, and giving them a chance NOT to get intubated. Work in progress. Very interested to hear from anyone with something similar/better in place. No experience of these patients yet