It’s a 78 yo M with unwitnessed syncope, a subsequent tib-fib fracture, who was eventually admitted to the ICU for persistent hypotension and altered LOC that had not been fully elucidated. He had an extensive work up including a negative CTPA, CT head, and ultimately even an angiogram (based on some transient diffuse ST depression and a positive troponin) which showed clean coronary arteries. He eventually stabilized with good supportive care, and the ICU team was now trying to wean him off the ventilator and were aggressively diuresing him.  They asked for a POCUS assessment to help guide further volume management.

Have a look at the images. What two major findings are most striking? Should the team continue to diurese him or perhaps give some volume back? 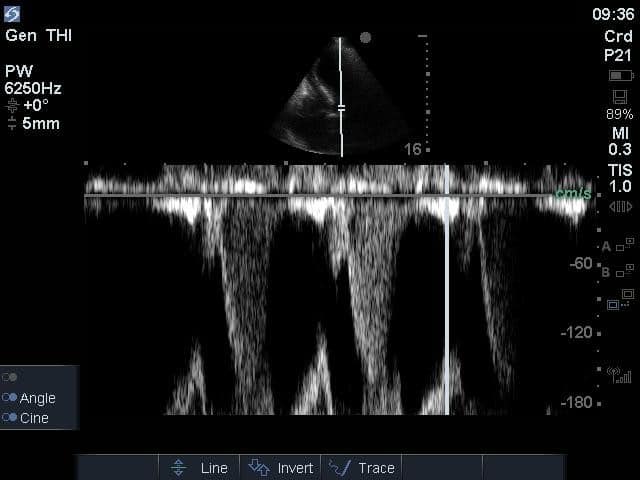 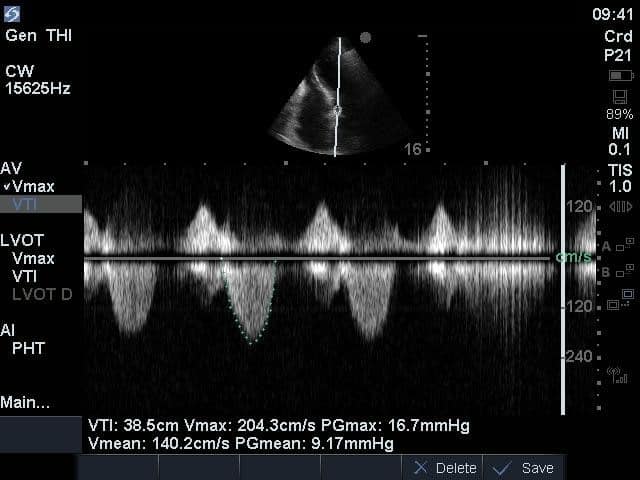 The images show regional wall motion abnormalities in a classic pattern. The basal and mid segments (the basal segments even appear hyperdynamic) are preserved, but there is diffuse hypokinesis at the apical segments.  This is the classic pattern of Takutsubo’s cardiomyopathy (stress cardiomyopathy).  Fortunately, this patient had just had a normal angiogram, otherwise an acute coronary syndrome would also have had to be on the differential.  Interestingly, the term “Takutsubo” is taken from the Japanese term for an octopus trap, which appears similar to the hallmark apical ballooning of the LV.  Although, apical hypo or akinesis is the most common manifestation, many other variants have been described.  For example, “Reverse Takutsubo’s” cardiomyopathy has been well documented with apical hyperkinesis and basal akinesis.

If you’ve been reading COTW the past few weeks, you might have caught the second interesting finding. This is another case of systolic anterior motion of the mitral valve. You can clearly see the mitral valve swinging up towards the LVOT during systole on the parasternal long axis view. The basal septal hypertrophy and hyperdynamic basal segments create the perfect substrate to instigate this. Similar to the other case, you can see the aliased color flow, and the aliased PW Doppler signal, indicative of the high velocity flow characteristic of partial LVOT obstruction.  Fortunately, in this case the LVOT pressure gradient low (9mmHg), thus likely not overly hemodynamically significant at present.  However, this could easily worsen as they had been diuresing quite aggressively which could actually further worsen the SAM and dynamic LVOT obstruction. Thus, we recommended to give some fluid back and avoid inotropic support.

See the post from 2 weeks ago for a nice review of SAM, and I’ve attached another article below for everything you’ve ever wanted to know about Takutsubo’s cardiomyopathy!

Another super paper on ESPB application in pancreatitis from @NagdevArun & co 👉 http://tinyurl.com/v62tgwq

@criticalbeansmd @Fluid_Academy @SCCM Thanks. I saw a lot of interesting lectures on fluid overload and guidance of deresuscitation at #CCC49 You are all doing great job to increase awareness. Join us for #IFAD2020 #FOAMed #FOAMcc. https://link.springer.com/article/10.1007%2Fs00134-019-05713-y

AMA's Response to the Government Announcement: "I write to you with great concern for our public health care system in Alberta. Today, the Minister of Health chose to terminate a viable contract with physicians before the end of term."